An Afternoon with Jasmijn de Boo and Dr Andrew Knight

AN AFTERNOON WITH JASMIJN DE BOO AND DR ANDREW KNIGHT

Please join us for an informative and inspiring afternoon with two leading thinkers in the UK vegan movement.

Jasmijn de Boo is the CEO of the Vegan Society UK, the oldest vegan society in the world. She holds an MSc in animal behaviour and welfare, and has advocated humane solutions to harmful animal use in education and research. She is the founder of the Animal Welfare Party in the UK and is a regular contributor to the Huffington Post UK.

Australian-British animal ethicist Dr Andrew Knight is a European and American Veterinary Specialist in Animal Welfare; a Professor of Animal Welfare and Ethics at the University of Winchester; and a Senior Fellow of the UK Higher Education Academy.

Andrew has over 80 academic publications and YouTube videos on animal issues. These include an extensive series examining the contributions to human healthcare of animal experiments, which formed the basis for his 2010 PhD and his 2011 book The Costs and Benefits of Animal Experiments. Andrew’s other publications have examined the contributions of the livestock sector to climate change, vegetarian companion animal diets, the animal welfare standards of veterinarians, and the latest evidence about animal cognitive and related abilities, and the resultant moral implications.

Jasmijn and Andrew will be presenting on their work and leading a Q&A session with the audience.

Join us for an entertaining and fun afternoon. Afternoon tea will be served and is included in the ticket price. 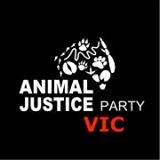