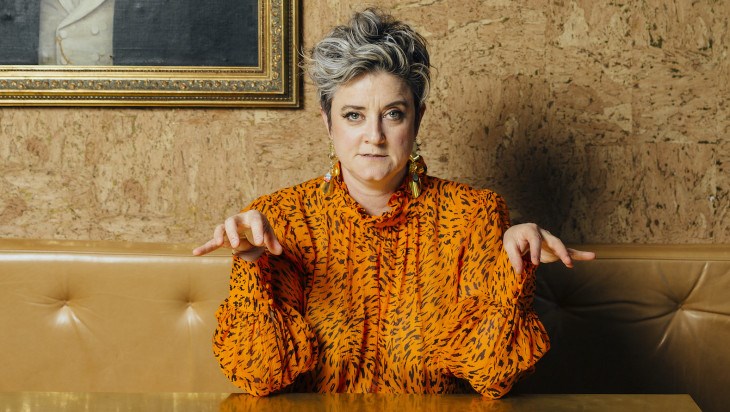 Chris Ryan had enough time in lockdown to complain about how filthy her bedside table was, but not enough time to clean it. She lives most of her life with the stance of an inmate that’s about to be shanked – some people knit, Chris scans for threats. Her special skill is making life harder than it needs to be. Still, others are worse off, so she can’t complain.

Seen on The Project and heard on ABC Radio Sydney and Canberra.

'She commanded the attention of the room effortlessly; she evoked waves of laughter without so much as a sweat… Ryan has all the wisdom that comes with life experience with little of the (boring!) maturity, and it’s fantastic.' BMA Magazine

'Chris Ryan was absolutely brilliant, working collective crowd touch points and making the fine line of discomfort and hilarity bleed into one with total mastery.' Grapes of Mirth