19 year old Belgian prodigy, Eptic has been causing a bit of a stir in the bass scene. Since his debut signing to Never Say Die Records with the ‘Like A Boss’ EP that went straight to the top 5 on the Beatport dubstep charts, and rode high in the top 10 for 7 weeks running - he instantly proved his caliber, gaining an insight in to just how big this musical personality will get.

Since, he has moved on to collaborate with artists such as Habstrakt which resulted in ‘Ninja Challenge’ that was featured in this years Never Say Die and UKF album mixed by SKisM alongside names like Skrillex, Flux Pavilion, Foreign Beggars and more.

With a remix for SKisM under his belt and signings to Ministry of Sound and Sony, his 1.5 million views on YouTube come as no surprise. The 19-year-old wunderkind has been tearing up the systems of some of the best clubs and festivals on the globe with the demand for his appearance at notable promotions rapidly up scaling. No doubt this talented Belgian is becoming a prominent figure in bass music. 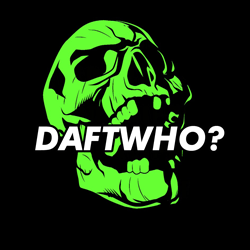