The Idea of North - Christmas Songs at St. Stephen's - Completed

The Idea of North's third visit to this beautiful church will be a night of gorgeous Christmas music. TION are not your average carollers; in fact, they pride themselves on imbibing even the most jaded humbug with the Christmas spirit, so knock over some of those Christmas prezzies with concert tickets!

This year has been a doozy (a good one) for TION. They have released their 10th album, 'Smile', that has recently won the ARIA for Best Jazz Album 2013! They've launched a new film clip, travelled Australia celebrating their 20 year anniversary and also met with vocal group greats Take Six and The Manhattan Transfer. So expect a spring in their step as they aim to get you armed and ready for the Christmas onslaught!

Previous TION shows at this venue have sold out so get in quickly if you want tickets.

The show runs for a little over an hour with no interval.

NB. Audience feedback from previous gigs at St. Stephen's has been taken into consideration and slightly less tickets will be sold to make the evening more comfortable for you. There is also a child ticket price included now. 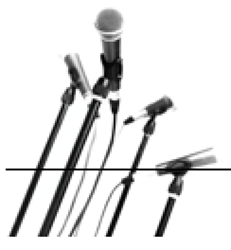