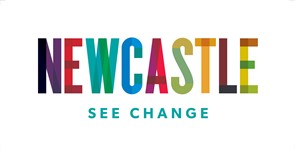 In January 2015 Newcastle will host four games of the AFC Asian Cup Australia 2015. These games include two pool matches on January 12 and 17, a Semi-Final on January 27, and the 3rd v 4th Playoff on January 30. On Sunday January 12, 2014 it will be one year to go until Newcastle's first game and we would like to invite you to mark this milestone with a morning of celebrations in Wheeler Place Newcastle!

The celebrations will include launching a Countdown Clock, appearances from football legends, player signings and pictures with the Asian Cup, merchandise giveaways, and a competition to win tickets to Newcastle Jets games and tickets to the Asian Cup 2015 semi-final and 3rd v 4th Playoff.

Registrations to be involved in the competition are now open!

The competition will see 365 footballs placed in a special arena in Wheeler Place, five of which will be winning balls. 365 pre-registered participants will be let into the arena simultaneously to grab one of the footballs and once everyone has a ball, the winning balls will be announced.

A host of other memorabilia and giveaways

- Participants must be pre-registered on this site

- Only participants holding a ticket will be let into the arena. Participants must visit the registration area in the Civic Theatre bar between 9.30am and 10.30am on the day to sign in and receive a wrist band. Please bring your printed receipt with you.

- No foul play, including pushing, hitting, kicking, or wrestling