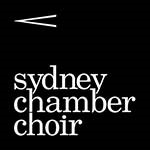 This concert has as its theme the ambiguous relationship between creativity and loss, explored through the prism of music written in response to grief. Brahms' 'German Requiem', one of the great Romantic choral works, was inspired by the death of the composer's mother, and also perhaps by the untimely death of Brahms's friend, mentor and rival Robert Schumann, whose mental illness had led to his confinement in a lunatic asylum. Out of the composer's profound sorrow came a work full of consolation and comfort. The Requiem is performed here in a version created by Brahms for accompaniment by piano duet.
The motet 'Ave regina caelorum' by the early Renaissance master composer Guillaume Dufay is a natural fit with the Brahms, as he wanted it sung at his own deathbed. Ligeti's 'Lux aeterna' takes its text from the traditional Latin Requiem mass, but recreates it in a transcendent musical language that remains as strikingly contemporary as when it was first performed in 1966. It reached an immense audience just two years later when it was featured in Stanley Kubrick's film '2001: A Space Odyssey'.

The concert also includes a new work titled Above the Water by Australian composer Clare Maclean, who has had a rich and fruitful association with Sydney Chamber Choir for several decades.