Since launching their album, Stretch, in late 2013, the Brendan Clarke Quartet returns to Foundry 616, with award winning jazz double bassist Brendan Clarke at the helm of this outstanding band.

Stretch features six original compositions, which represent some highlights of Clarke’s writing from the past 20 years as well as three jazz standards including Lazy Afternoon, inspired by the late great Sydney jazz singer Joe Lane’s rendition.

Featuring some new originals as well as lesser known standards the energy and intensity this band radiates stunned and excited the audience at their last performance.

This concert will also feature special guest Ben Hauptmann playing guitar. Ben is a winner of the Freedman fellowship and runner up of the national jazz award and as well as an excellent musician and leader in his own right, has been playing together with Brendan Clarke since their formative years in Canberra.

Not to be missed! 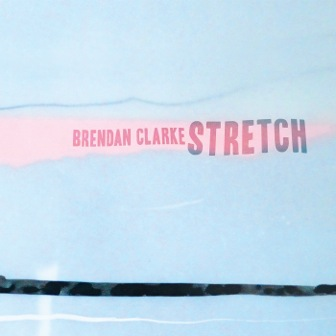 "CONSIDERING Sydney-based Brendan Clarke’s history of more than 15 years as a foremost bassist on the Australian jazz scene, appearing on over 40 albums, it’s a surprise that this is his debut release as a leader.

Clarke graduated in Jazz Studies at the ANU Canberra in 1996 and that same year played at the Monterey Jazz Festival in California. Since then he’s played with such luminaries as Chris Potter, Maria Schneider, Dale Barlow, Roger Manins, Warwick Alder, Sandy Evans, Bernie McGann and many others. He has studied in New York, toured Japan, China, and Europe, played in Norway with the Jazzgroove Mothership Orchestra in which he’s been a long-term member.

This new album features Clarke’s sublime sense of swing heading a quartet with Murray Jackson on alto, Carl Dewhurst on guitar and drummer Andrew Gander. An album standout is the superb pairing of the acoustic bass with Dewhurst’s reciprocal guitar in rhythmical patterns, noticeable immediately on the opener Busline . There are three standards in the collection: one, Lazy Afternoon, dedicated to the late jazz vocalist Joe Lane, begins with Clarke’s relaxed melodic statement, and moves into Dewhurst’s serene guitar solo.

Another standard I’m getting Sentimental Over You also opens in a bass lead with soft guitar chords as Clarke moves into solo mode while maintaining his fine sense of pulse. There are echoes of Cannonball Adderley in Jackson’s uptempo alto on Clarke’s original Ride, and Gander’s drumming is showcased".