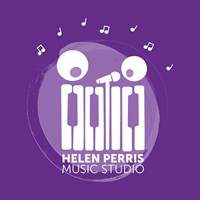 We present an intimate and relaxed afternoon of fabulous music in a secret backyard (or indoor if it's raining) location in Western Sydney. BYO picnic rug or fold up chair, some drinks and some food for the BBQ dinner following the music.

Heralded for her captivating vocals by the New York Post, Brisbane’s own Emma Dean made New York City’s off-Broadway circuit her domain. There, her award-winning cabaret adventures laid the foundations for an intimate new sound. Called home by sultry climes and birdsong, the maverick singer-songwriter has returned to her Brisbane stomping grounds with a head full of ideas, determined to reignite the city’s sense of musical community. In 2014, the Dean brains-
trust — Emma and multi-instrumentalist brother Tony — founded a cheeky choir, Cheep Trill, followed by grassroots musicians’ network The Tiger Common. A consummate performer, Dean has toured the world, performing alongside Jesca Hoop and Kate Miller-Heidke, and in support of Macy Gray, Jinkx Monsoon, Katie Noonan, Amanda Palmer and The Dresden Dolls. Dean’s sensuous storytelling and incandescent melodies light the way to an electric next stage in her career. Listen out for her addictive new single, “Feed It”.