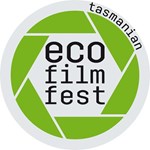 Ian McCluskey is the founder and director of NW Documentary in Portland, Oregon.With the core belief that “everyone has a story and everyone is a storyteller”.

Ian’s work has been recognized by more than 30 national awards, including four EMMYs. His films have been celebrated at more than 50 film festivals around the world, including the prestigious Tribeca, London, and Clermont-Ferrand.