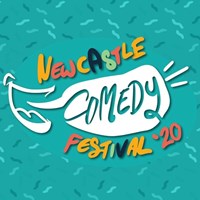 Luke Heggie - Have That

Luke Heggie threatened to quit stand-up comedy, but after everyone he told of his plans cried inconsolably and clung to his ankles as he walked away, he decided that the world needs laughter. So he's back with another harsh but fair show about dickheads.

If you own a circular beach towel and/or a set of square dinner plates, you do the reach-around at buffets to get an empty plate before you're in front of the food, you're one of those deluded losers who's friends with all his ex-girlfriends, you wear a t-shirt with the word 'finisher' on it, you were the one responsible for hot nuts not being available in pubs anymore, you're neither a mechanic nor a toddler and yet you wear overalls, then this is not the show for you.

'Deadpan genius… one of the funniest standups around.' Sydney Morning Herald