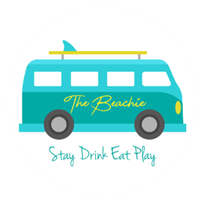 Hypnotist Wayne Donnelly will be weaving his magic with willing Central Coast volunteers as he puts them under his spell to become the stars of his Comedy Hypnosis show.

Donnelly’s show explores the power of the unconscious mind in a funny and entertaining way.

His comedy hypnosis show will come to Beachcomber Hotel, Toukley on Saturday 8th June, with the emphasis on comedy and fun. Audiences can expect to become involved in the show, but not to be embarrassed.

"The club and audiences love the show as I have travelled around Australia entrancing audiences everywhere. And I’ll be bringing new routines and a new audience experience with me” Wayne said.

“This is not the type of show where you will end up clucking like a chicken or barking like a dog” Donnelly said. “that’s a cliché from the old days, although some audience members ask for it still”. Audience members from recent shows will agree with that.

What you will see is people on stage for the entertainment of the audience. This is a show where you and your friends can become the stars of the show in a safe, tasteful and unforgettable way that will have you thinking and talking about the experience long after the show. You have the opportunity to either see the show or be the show.

One thing that prospective audiences get concerned about is that they will be plucked out at random when they may not want to be part of the show. Rest assured Wayne will look after you. No one gets picked out at random. The audience gets tested for their ability to focus and they volunteer as they wish.

In addition to the show Wayne is a qualified hypnotherapist and also helps people to change behavior – helping smokers to quit the habit and overweight people to begin looking after themselves in a healthier way.

The Central Coast resident and father of three said his aim was to provide an entertaining and encouraging look at how we can harness the power of the mind for good.

If you’re curious and would like to volunteer to be hypnotized before the show be at The Beachcomber Hotel at 6pm.

Donnelly is a master hypnotist and NLP Master Practitioner
You can see Wayne weave his magic at The Beachcomber Hotel on Saturday 8th June
Doors open at 7.00pm , show starts 7.30pm