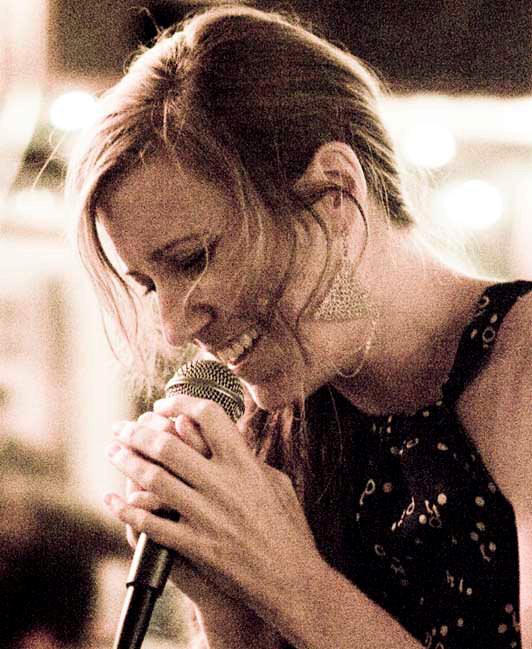 See the moody music of The Breakout Lights influence the creation of a live art piece by Archibald Prize finalist Peter Kendall at this jazz-meets-art event.

Peter Kendall will take brush to canvas, with no preconceived artwork ideas in his head. Instead, The Breakout Lights will be his creative muse, playing jazz improvisation while the artist paints. What will the artwork look like? Watch Kendall’s work unfold before your eyes.

The Breakout Lights - Nerissa Campbell, an "enigmatic art-rock/chamber jazz singer" (New York Music daily) and graduate of the Western Australian Academy of Performing Arts, she has called New York home since 2001, performing at well known haunts such as 55 Bar, The Jazz Gallery, Fat Cat, Le Poisson Rouge, Zinc, & Rockwood Music Hall. A long term member of NY’s Balinese Gamelan Dharma Swara, she has also been the feature vocalist in post-metal band, A Storm of Light, and was the recipient of an Australian Arts Council New Works grant for her album, After The Magic, a project that explores the use of Balinese Gamelan, a jazz trio, fleeting guitars and moody instrumentals.

Daniel Susnjar is a Western Australian drummer/composer/producer recognised internationally as an expert in the field of Afro-Peruvian Jazz. He has performed and recorded with music legends including Chick Corea, Terence Blanchard, Bobby McFerrin, Dave Grusin, Steve Miller and Pharrell Williams. Daniel earned his Doctoral degree from the University of Miami Frost School of Music in 2013, and was honoured twice at the 2015 Australian Jazz Bell Awards for his debut album “Su Su Nje.” His solo drumming can be heard throughout the multiple award–winning 2017 documentary film “Whiteley.” Daniel has toured extensively throughout Australia, the USA, Peru and the Caribbean Islands – and exclusively endorses Pearl drums, Zildjian cymbals, Remo drumheads and Vic Firth “DSUS” custom drumsticks.

Peter Kendall, twice a finalist in the Archibald Prize, Peter Kendall is a professional artist working across a range of form and style, from experimental abstraction to soul capturing portraiture and iconic expressions of the Western Australian flora and fauna. Peter challenges himself to capture the powerful bonds weaved through our daily interactions with one another and our surrounding environment. Also a prize-winning illustrator of children’s books into which, Peter weaves his love of children, Australia and his own sense of fun.

Artist Statement
"When I create, I grant life to the work, I endeavour to eliminate all that is irrelevant. Creating in the present and allowing all aspects of self, mind, body, brushes, paint and canvas to be a vehicle and conduit to the creative process. All art could be called, a Self-portrait. However, from the moment the work is completed, the audience or the viewer takes the artwork to another level; contributing to the work and adding their own memories, considerations and imagination.”

"It’s about you. Art that communicates to the viewer, it is nothing to do with me."

The Studio Bistro & Gallery, Jazz by the Bay Association

The Studio Bistro & Gallery, Jazz by the Bay Association