We are honoured to bring you two Famous Sumos straight from Tokyo Japan, both recognised for the famous Mitsubishi Fuso 'Not So Squeezy' Television Campaign in Australia.

'Experience Japan' with Live Sumo, is a first for the Gold Coast and is an exciting program of visual delights and performing traditions.

This is the ultimate interactive dining experience, with LIVE Sumo demonstration and authentic Japanese entertainment and tantalizing traditional cuisine.

If you're looking to relive your own Japanese experience or have Japan on your bucket list, this is a must...

Immerse yourself in one of the most revered traditions and cultures in the world.

This event is special, after all, it's not every day Sumo arrives from Tokyo Japan on the Gold Coast.

Learn about the history and sacred ritual of Sumo, an ancient sport dating back 1500 years. Bungo Nishiki and To-Oh-Yama are pro champion wrestlers will demonstrate the ultimate physical power of Sumo.

You may even get to suit up as Sumo, jump in the ring and fun wrestle a pro champion!

Sumo is not just crouching, glaring and shoving and then repeating….it is a complex world of extreme discipline, grueling training conditions and extreme etiquette. No other sport on earth features such sacred rituals and raw physical power. Sumo isn’t simply a sport or a career, it is an entire way of life!

“The Star Entertainment Group practises the responsible service of alcohol.” 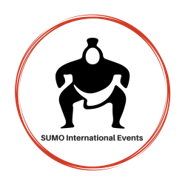