Fresh from a successful season at the Sydney Fringe Festival and supported by Arts on Tour, Eliane Morel (writer & performer) returns to the Far South Coast with Daryl Wallis (musical director & accompanist) to bring you ‘Disenchanted’ – a cabaret of twisted fairy tales for adults.

Witty, musical and totally original, ‘Disenchanted’ transports you to a 17th Century Parisian salon hosted by the Godmother of fairy tales, Madame d'Aulnoy. Here you will be entertained, amused and aroused by fairy tale characters gathering to re-tell their stories – but with a twist (often prophetically relevant to today): the wolf from Red Riding Hood reveals his tender side; the Goose who lays golden eggs in Jack in the Beanstalk joins the Vegan revolution and the ugly sister whistle-blows on Cinderella's dastardly housework roster… to name just a few! BUY TICKETS HERE 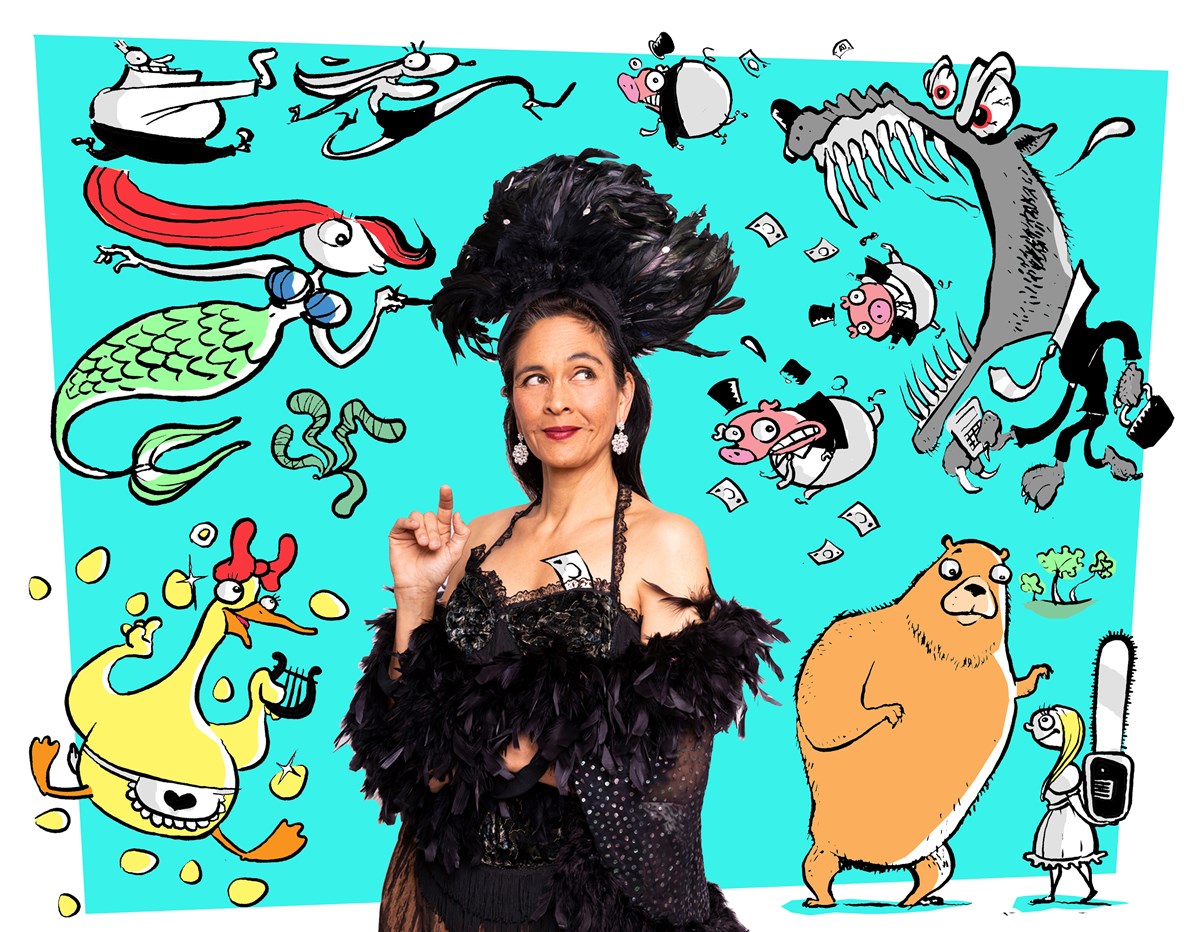 Eliane has performed many times for enthusiastic Far South Coast audiences, including the Sapphire Coast Music Society, the Sapphire Coast Alliance Française, Narooma Twilight Concerts and Bermagui’s Community Christmas Carols. She is thrilled to return with her new show and to conduct workshops at Narooma’s The Twist Factory and with students at Narooma and Eden Marine High Schools.

Some reviews of ‘Disenchanted’ from the Sydney Fringe Festival:

"Sexy and subversive, audacious and hilarious.”

“Fantastic, original, hilarious… with a frisson of risk.”

“A dastardly modern and topical take on fairy tales.”