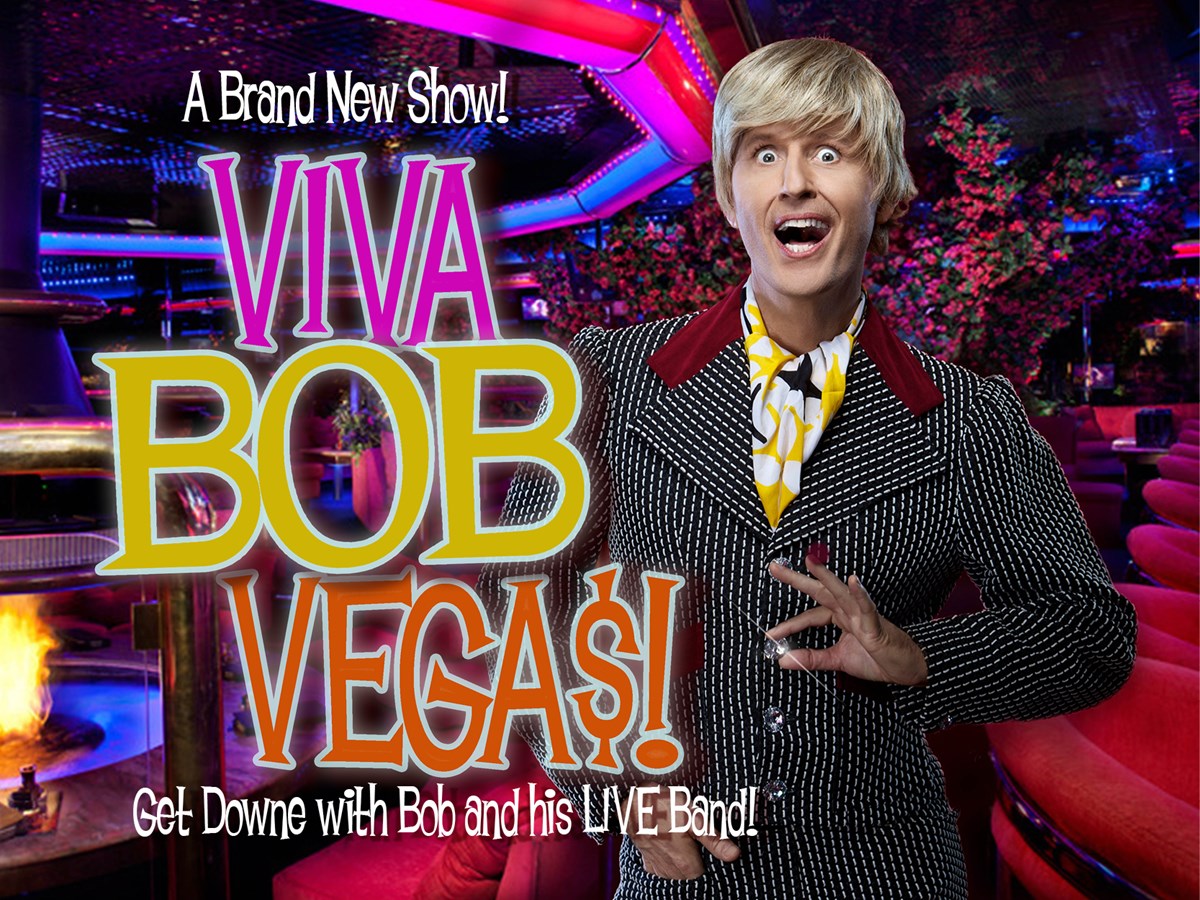 If you can’t go to Vegas, let Vegas come to you. Get on Downe to laugh and sing along to Bob’s retro Las Vegas lounge act, in a hilarious evening of Wild Comedy and Classic Hits with Bob and his swingin’ Live Band!

VIVA BOB VEGAS! – it’s a brand new, old style nightclub show with the Prince of Polyester that’ll have you in stitches and reaching for a Highball. As always, Bob Downe promises to put the Pimms in your Punch!

‘What happens in Vegas stays on the Downe low!’ 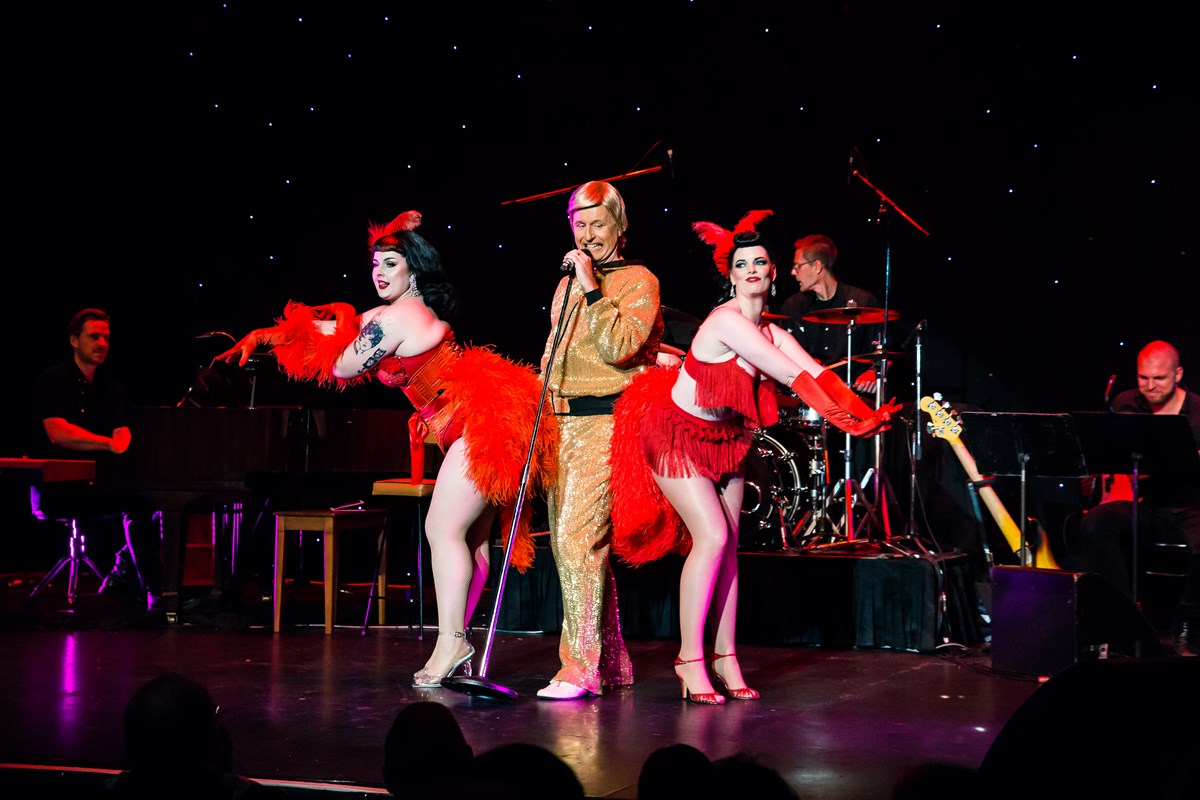 One of Australia’s most loved and enduring comedy characters, Bob is the creation of journalist, comedian, actor and broadcaster Mark Trevorrow. Mark was born in Melbourne, trained as a journalist at the Herald Sun, and moved to Sydney in 1982 with the huge success of his cabaret group, The Globos. He created Bob Downe in 1984 and has toured the world as the Prince of Polyester ever since.

Bob’s stage shows have played to acclaim at the Edinburgh Fringe, Adelaide Cabaret Festival and the Melbourne International Comedy Festival, and decades of touring across Australia and the UK including P&O Comedy Cruises and performing for the Queen at the Royal Variety Performance. Bob’s TV appearances range from Countdown to The Project, from the Mike Walsh Show to Studio 10, and hosting multiple Sydney Mardi Gras broadcasts. As Mark he has been heard regularly on ABC local radio and presented The Way We Were, a ratings winner on ABCTV in 2004. He is also featured regularly on Kath & Kim as ‘Darryl’ the menswear salesman.

NB. This show follows all current COVID-19 NSW Government Guidelines. A condition of entry is that a vaccination certificate (downloaded from medicare or my gov app) for each ticket holder has to be shown at the door for entry, in additional to a Services NSW QR code check in. 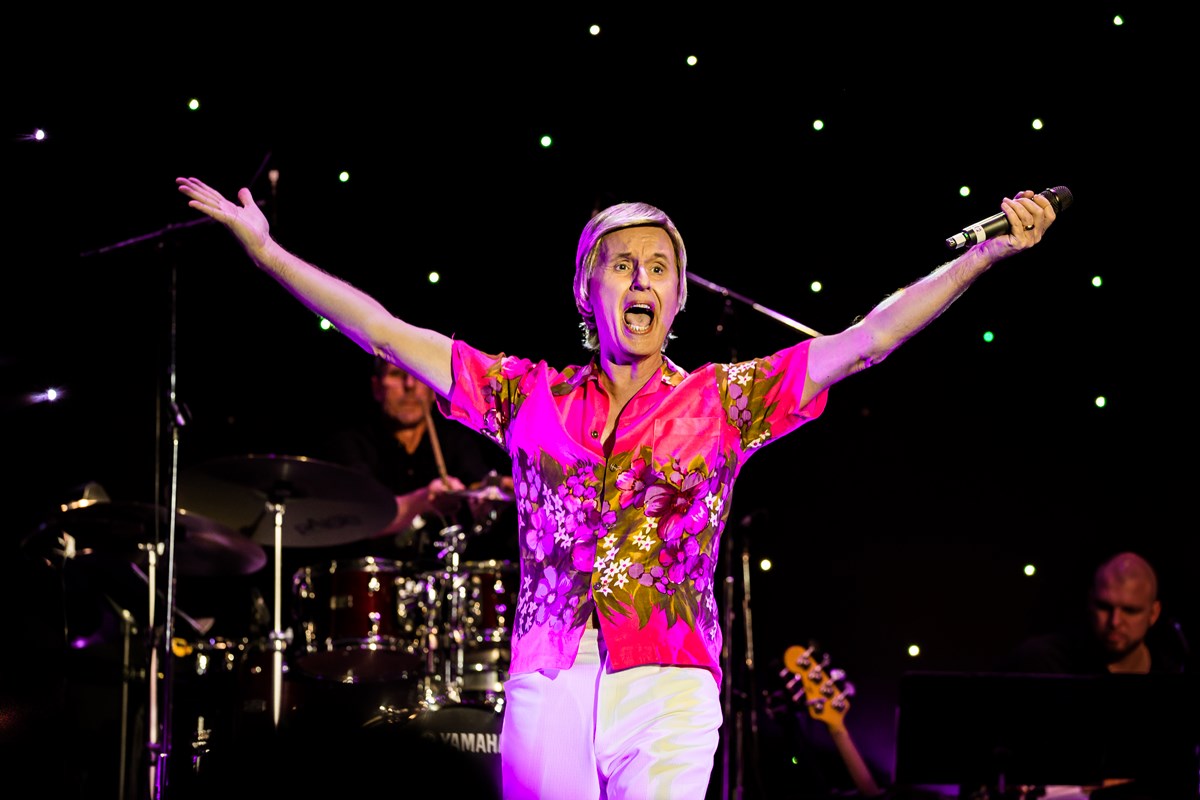