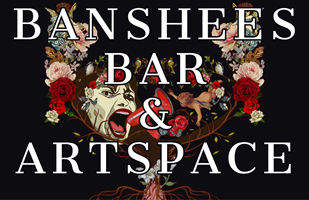 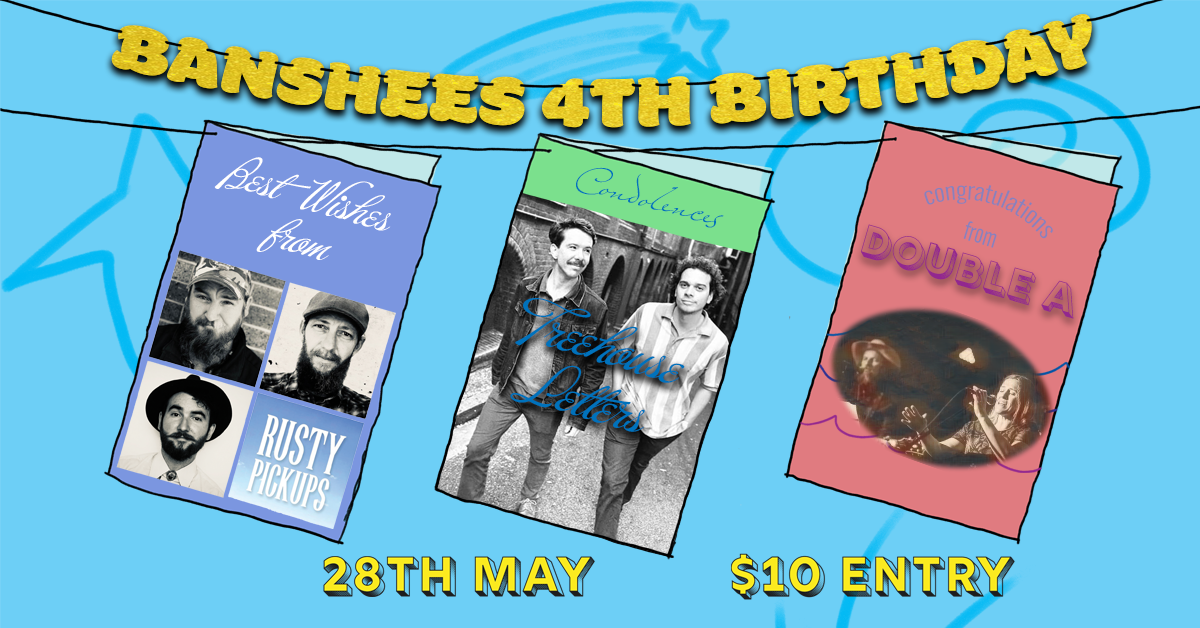 Come and join us to celebrate four years of friends, community and music! You're signing up for a lovely night out with Rusty Pickups, Treehouse Letters and Double A (Andrew Palmer & Alana Koko)

RUSTY PICKUPS are Bernard Borserio, Michael Cook and Lee Fielding - the three remaining members of a poorly thought out 10 piece honky tonk band in Toowoomba, Queensland. With individual musical backgrounds ranging from jazz ensembles to indie pop to 90’s grunge, the band’s sound evolved around Bernard’s classical piano and Lee’s clawhammer banjo, with Michael filling in the gaps with simple acoustics and lyrics about love, questionable life choices and dealing with getting old and rampaging children.

Treehouse Letters is a project started by Dominic Pinzone (guitar and vocals) and Ethan Butler (tambourine and vocals) in Brisbane in 2017. Their music is influenced by artists like Bob Dylan, Paul Kelly and Tallest Man on Earth. So far, the songwriting duo have released an EP (in 2019), a couple of singles (in 2021) and, just recently, a debut album Measure Once, Cut Twice.

Double A is a project of Alana Koko (Koko Uzi) and Andrew Palmer (host of Close Enough for Country at the Cave Inn). Let them tug at your heartstrings with both kinds of music, country AND western! 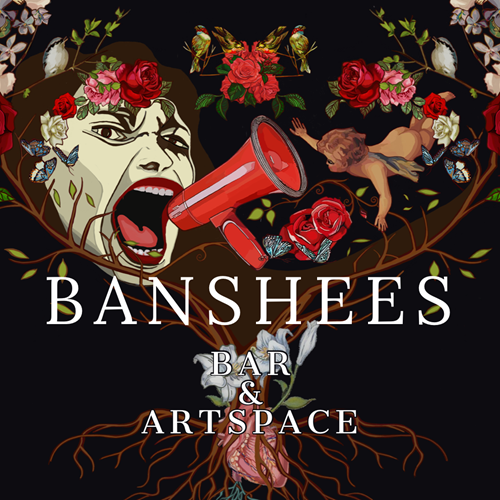