It wouldn’t be a summer down under without Eugene “Hideaway” Bridges on tour and this year marks a remarkable twenty one years of consecutive touring here – his first visit being way back in 1999. Every year Eugene criss crosses the globe playing numerous gigs in a whole variety of countries from the UK, to Slovenia and Mexico. He is clearly an international bluesman with a burning passion to keep the history and the music of soul and the blues alive. Eugene lists his three biggest influences as his father “Hideaway” Slim, BB King and Sam Cooke.

Born in 1963 in New Orleans and raised in Amite, Louisiana, the son of Otheneil Bridges Sr, also known as blues guitarist “Hideaway Slim”, Eugene is the fourth child of five. His mother was from the Bullock family (the same as Anna Mae Bullock better known as Tina Turner) and Eugene claims he got his guitar skills from the Bridges side and his voice from the Bullocks.

Eugene "Hideaway" Bridges has been a man on a mission since 1966 when his Dad Otheneil Bridges Sr, *(aka “Hideaway Slim") gave him his first guitar. Eugene sees himself as an important link between the past, present and future of the blues. This has always been a part of his message and the music that he both writes and recalls from the greats - the elder musicians he has looked up to for over 50 years.

On each show around the world Eugene brings into view the 'yesterday' that he feels has been overlooked along the way, but needs to be heard. Eugene's music goes way back to the sounds of the Church and his gospel roots - where many of the musical styles we hear in blues, jazz, pop, rock and country originated.

Determined never to let this story fade away or be forgotten, Eugene dedicates part of his show to many of the greats who have influenced him like B.B. King and Sam Cooke.

His latest CD - Live in Tallahassee’ is an authentic down home live recording in which Eugene takes you to the classic old juke joint - just like it was when he was a small boy touring with his Daddy. It's a performance recalling the old days when you just sang from the heart, even if you were just sitting on the front porch.

In 2017 The US Jus’ Blues Music Foundation announced that Eugene Hideaway Bridges was to be their 2017 honoree for the Albert King Lifetime Award, “The Lucy Award”, for his outstanding contributions in continuing to keep the style of traditional Blues alive.

Venue: PIGEON LANE @ ONE88 (Lower level of Gallery One88 which is at 188 Katoomba St)
Access to the performance space is via the graffiti Art Street walk of Beverly Place, Katoomba, Blue Mountains NSW 2780. Or through Gallery ONE88 Fine Arts if it's a Dinner and Show Event.

Pigeon Lane @ ONE88 is an intimate venue tucked away in the lower ground floor of art Gallery ONE88 Fine Arts in the heart of Katoomba. The venue harks back to prohibition style speakeasys where you could enjoy Jazz and Blues along with the atmosphere that the venues brought with it.

Pigeon Lane is an all ages venue however minors must be accompanied by a parent or legal guardian and must remain supervised and do require a standard ticket for entry. Please also keep in mind that the performance space is a listening room.

Dinner menus are dynamic and change regularly dependent on season produce. Hot beverages including coffee, chai, hot chocolate and tea as well as treats such as cakes and soup are available for purchase from the upstairs Art Gallery before and after the show.
Please note that this is an alcohol free event. BYO when enjoying a sit down dinner show.

or $30 AT DOOR CASH ONLY unless sold out

*This is an exclusive intimate capacity venue and tickets are strictly limited! 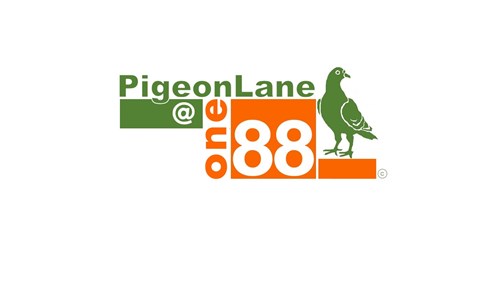 No refund, Refunds are only available when an event has been cancelled or rescheduled or where required by Australian Consumer Law. Incorrect purchases or a change in ability to attend will not be approved. It is the buyers responsibility to resell if required

No refund, Refunds are only available when an event has been cancelled or rescheduled or where required by Australian Consumer Law. Incorrect purchases or a change in ability to attend will not be approved. It is the buyers responsibility to resell if required