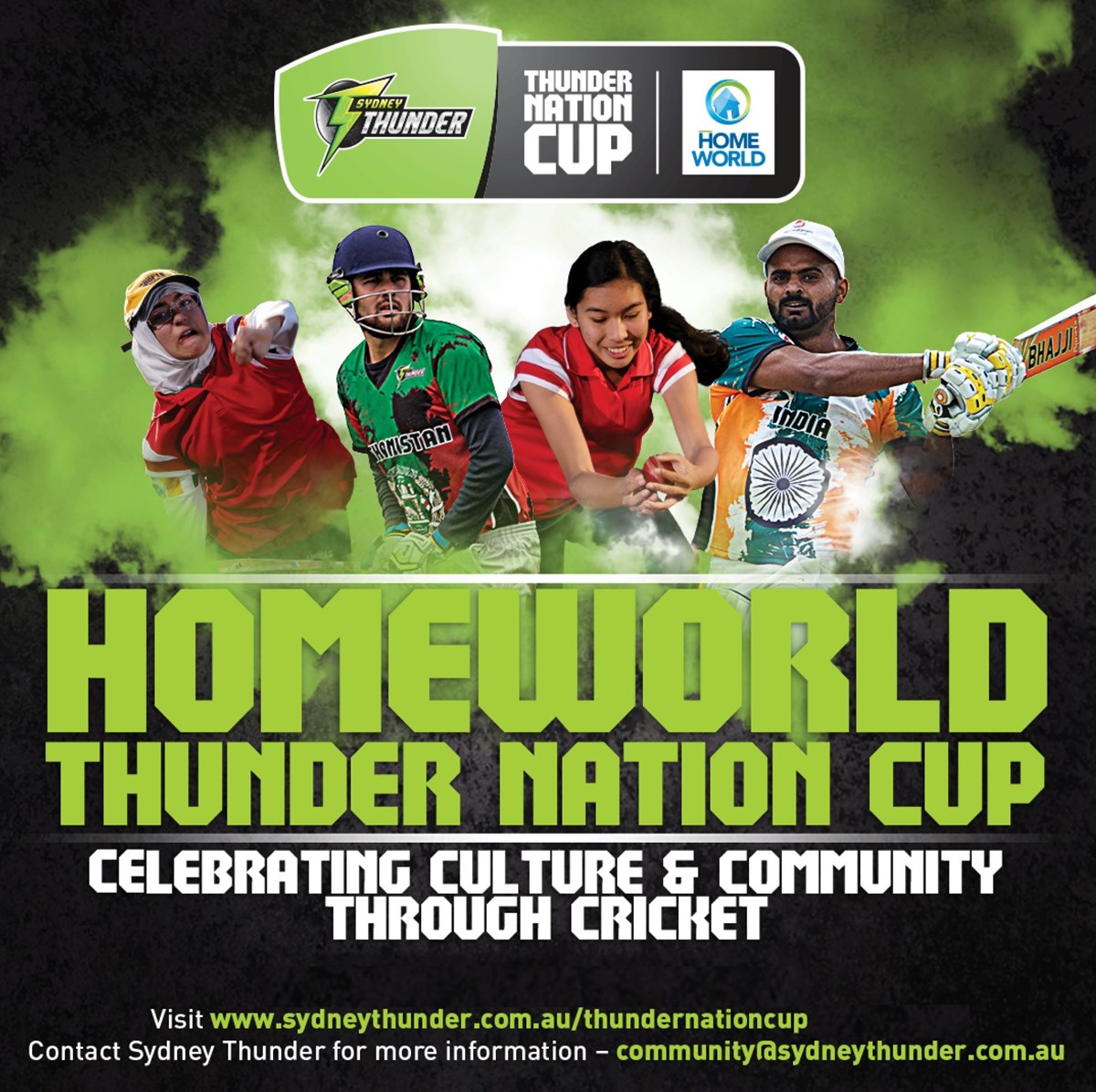 Are you a cricket lover with a passion of culture and community? If so, the annual HomeWorld Thunder Nation Cup is where you'll be on Sunday 3rd November and it is completely FREE!

Join us for a celebration of culture, cricket, community and social cohesion at The King’s School in North Parramatta.

Teams drawn from Sydney Thunder’s territory, known as the Thunder Nation, will celebrate their cultural ties to their former homelands by playing Australia’s national sport, cricket.

Cricket is viewed as a platform to promote social cohesion and celebrate cultural diversity, and the Homeworld Thunder Nation Cup is playing an important role in achieving that. The emotion in the voices of the players selected to compete emphasised the value of the tournament.

Each team was selected after attending a series of community trials. The two top-finishing teams from the HomeWorld Thunder Nation Cup will compete in the Final in January 2020.

Register now, round up your friends and family, and get down to the King's School for cricket's largest celebration of culture and community!