Canberra: Part of the Nation's Capital with Jack Waterford

Join us at 12pm on Friday 12 March when Jack Waterford AM will deliver the 2021 Canberra Day Oration, Canberra: Part of the Nation's Capital, presented by the Canberra & District Historical Society.

From its foundation in 1953, the Canberra & District Historical Society has promoted the annual observance of Canberra Day on 12 March. In the years that follwed, the Society celebrated Canberra Day in a variety of ways, including Pioneer Gatherings, exhibitions, essay competitions, orations and commemorations at the Commencement Stone.

This event is free to attend but bookings are essential. 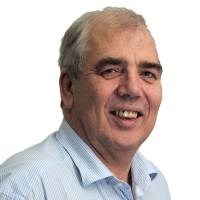 Jack Waterford AM is a former Editor-in-Chief of the Canberra Times, which he joined as a cadet in 1972. One of Canberra’s most enduring public figures, for nearly fifty years he has observed, critiqued and pontificated on issues national and local.

In 2007 he was named Canberra Citizen of the Year, being described by then Chief Minister as a champion of many causes and a leading figure in his trade.