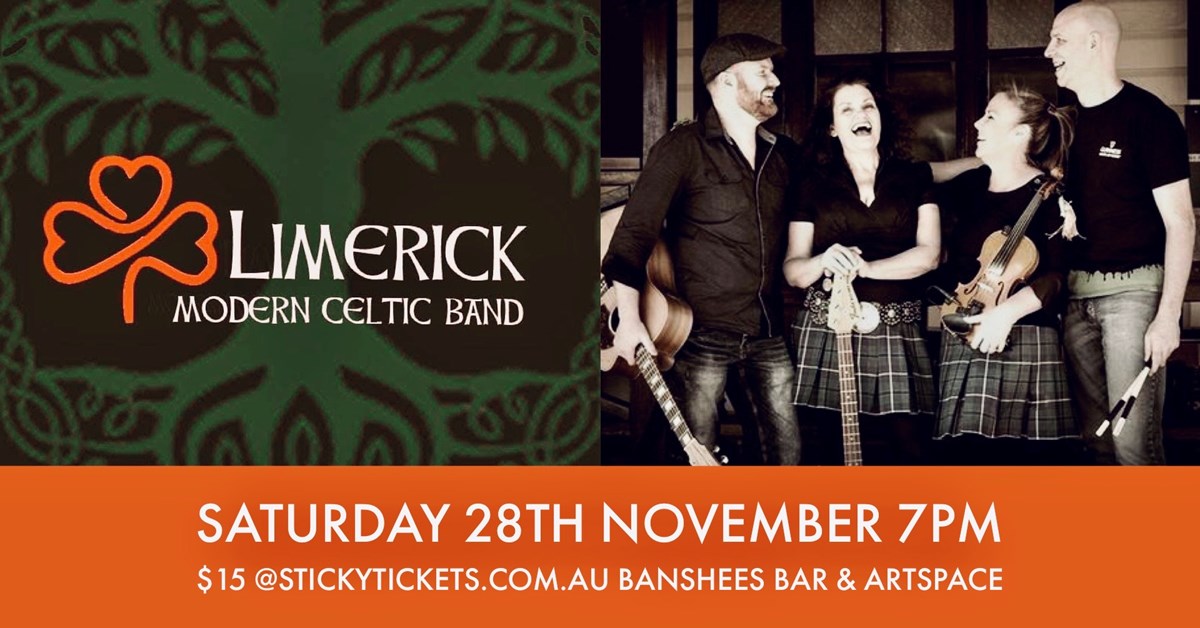 Winners of the 2020 Australian Celtic Music Award for ‘New Celtic Talent of the year’.

Limerick bring together 4 talented musicians who have a ‘Reel’ passion for hi-energy music broadly representing the Celtic rock genre, including originals, classics and traditional tunes. Limerick's

slogan of ‘Modern Celtic Band’ reflects the incorporation of crowd pleasers into their shows to ensure that everybody young, old, and in-between are either toe tapping, beer stomping, or up singing and dancing whilst being mesmerised by their roaming ‘Pied Piper like’ Fiddle player Melinda Coles who recently represented Australia at the 2019 Royal Edinburgh Military Tattoo held in Sydney and received special invitation to perform at the next Tattoo to be held in Edinburgh Scotland.

Limerick's live performances have been at some of the best venues including weddings and private functions and have been a featured band at venues such as Finn McCools (one of QLD’s largest Irish pubs and multi award winner for best entertainment), Irish Club Hotel Toowoomba, Scots in the Bush Festival, International Tartan Day Festival, The Bunker in Eumundi, Twin Towns Club Tweed Heads, The Colmslie Big Band Craic Festival, Treasury Casino and Paddyfest, a St Pats festival held annually at Eagle Farm Raceway.